A look back on Miss Mia at One!! Oh what a happy time it was!! Before I get into continuing the story of Mia.  I want to say I can’t thank you enough for allowing me to share this with you.  This weekend I was up in Tulsa at the vintage market days I’ve been sharing with you.  I sold some paint and an end table to this wonderful lady and she was going to return the next day to pick it up.  The wind was awful, the dirt was worse that was kicking around and sandblasting everything including myself.  I was missing out on my youngest son’s superbowl game and thinking to myself “I can’t believe I traded this weekend for all I am missing at home…” When I turned around after covering up myself from a huge gust that had just blown in, there she was to pick up her table.  She had her daughters with her and such a pretty smile awaited me.  And then her little blonde haired daughter turn around and I just gushed into happy tears!!  She had down syndrome.  The mother said that she went home, saw the tag on my bag and realized then who I was.  Got on my blog and sure enough it was me, the one with Miss Mia.  So she had to bring her daughter to meet me.  She told her daughter that I had a little girl with down syndrome and she smiled and said how neat.  I showed her a picture of Mia and so sweet she said “She’s just like me!” Where I replied “she is, beautiful just like you.”  I know everyone around me at that moment was wondering why I had turned into a crying woman- but they were absolute tears of joy.  I was so touched and so happy that she allowed me the moment to touch her and to meet her daughter!! Thank you Stephanie!! Our whole world consisted of therapies during this time and charts and lists… My living room was full of toys that could be used to progress each milestone.  We were about to enter the world of private therapy where goals were totally different!!  No longer would we be giggled at for wanting more for this little cutie!! But encouraged to reach for the stars. One of the things we couldn’t seem to move past in therapy at home was Mia’s crawl.  It was like nothing you’d ever seen.  Not the traditional hand leg hand leg typical crawl.  She scooted with one leg bent in and she did it fast!! But they didn’t want her learning to walk without correcting that crawl.  A little background on our little Mia.  She is happy, she is cute, but she is even more STUBBORN!! Nothing happens unless it is on Mia’s terms.  You can count on that for sure!! Forcing her to do it the right way wasn’t working and they would not move on. So, just getting physical therapy 2 times a month at this point meant it was up to me!! But see at this time she is cruising the couch and ottoman for me.  I can’t stop her.  She was pulling to stand on everything!! Every moment she did something new I could not tell her no… I celebrated each and every progress she made whether in the order it was supposed to come or not!! And then I met Ren- our new to be PT in Mia’s evaluation.  I loved how she explained it!! With down syndrome kiddos you have a window of opportunity up until usually 4-5 where they just don’t want to and get really stubborn.  So take each early moment of opportunity to push them and encourage them hard!! She didn’t use a down syndrome chart and standard deviations- she looked at where she should be and said we are shooting for those goals!! I finally met someone who was willing to stop saying her diagnosis was WHO she was- because that isn’t WHO she is!!  And she tried to correct her crawl as you see above- and said when she realizes she can go faster the right way she will crawl.  Well, she was so fast that we just moved right along because there was no getting faster than she was!! Therapy was hard HARD hard for Mia.  She would cry and cry because the work was just so hard.  And in March this little girl went from pulling to stand to taking her steps!! She would walk back and forth from Kaelyn to me… It was amazing to watch!! But she wouldn’t walk on command.  As a matter of fact she would plop to her rear with any celebration of the fact that she was doing it!! I’d catch her around the corner walking and she’d see me and drop with such a face.  You couldn’t clap, you couldn’t cheer, or she would just stop.  So we went through a couple of months of ignoring the little toot’s ability of walking so she would do it!!  Our therapist has such a way of making it fun for her.  Mia loves and is totally motivated by music.  Find what makes your child motivated, help make things fun.  I used to laugh because Ren would say, “I’m not sure if this is more work for her or me.”  She really worked to find ways to make it Mia’s idea and help fight off that plop to the rear and I’m not working anymore today.  With that meant no running to mom- so I was kicked out of therapy for a while a long while.  And I could hear her cry but then after a couple of therapies that stopped and the progress improved even more!! During this time Mia truly started walking about on her own at 17 months.  Being a strong advocate for your child is so important.  You can’t let someone else based on what others have done in the past be what you decide is what your child will do.  At Mia’s age at one, she should have also been in occupational and speech.  When tested she didn’t qualify because she was above age level.  Know what your insurance requires- ours didn’t require the need to be below.  She could have had therapy everyday and they would have paid based on her diagnosis alone.  I missed out on some cruicial time.  Just because the therapy center is on a wait list doesn’t mean you can’t look eleswhere- be in the KNOW!! We went from 2 therapies a month to 2 week every week.  I should have pushed harder to have her in speech at that age as well.  We went for help for using a sippy because she would just spit it out if it didn’t come from a bottle- that was told to me as behavioral and we were dismissed.  So, looking back I see where I could have pushed harder but I didn’t really want the particular therapist we had if she wasn’t willing to fight for her then.  That story continues next week when summer came and we moved to 12 therapies a week… And although, I stress the importance of getting into therapy and tell you our whole world consisted of it and everything I bought was mindful of how it could help her, it really was just a bunch of fun… playing and talking with her all day long.  Each of the kids loved having a play in the way she developed.  Don’t get caught up in how behind your little one might be, celebrate each milestone as they come!! Because they will come… they fight harder than any child I know to do it and to do it again and again… and the joy in her eyes and smile make each moment so incredibly worth it all the more!! 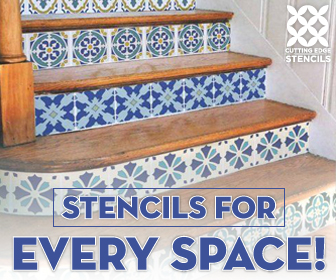